Almost every American learns about the official amendments to the United States Constitution sometime during their education. But while many of us have to memorize these, (although some of us forget their importance), too few Americans know why there are amendments in the first place.

If you'd like a refresher, or simply don't know why the amendment process was implemented, take a few minutes to educate yourself on some crucial American history.

In times like this when it seems conservative American values are being threatened, it's important to stay educated about the foundations of this great nation to continue the battle against tyranny and oppression.

When the Constitution was first being drafted in 1789, it outlined a method of government that would allow the representation of the people and for the people in order to make a more perfect union.

However, while many of the great minds involved in the creation of the Constitution had good intentions, they also failed to consider what would happen if power came into the wrong hands and the individual liberties of every citizen were not explicitly written down.

Three famous members of the Constitutional convention – George Mason, Elbridge Gerry, and Edmund Randolph – spoke out about the lack of civil liberties ironed into the now-sacred document. It became clear that additional writing would be required to cement the rights of the nation’s individual citizens.

The Bill of Rights

To do this, the creators of the Constitution formed a method outlined in the very same document that would allow future state legislatures and members of Congress to make further amendments or changes. Their first act? The Bill of Rights, which includes Amendments one through ten.

The Bill of Rights was a tremendous success for individual liberties and guaranteed many of the rights and privileges that American citizens enjoy today. Many of these, like the First and Second Amendments, are incredibly well known, particularly because of their prevalence in today’s media.

Although most of our attention has been directed towards these two amendments, all are important and all play a vital role in the individual freedoms we know and love. 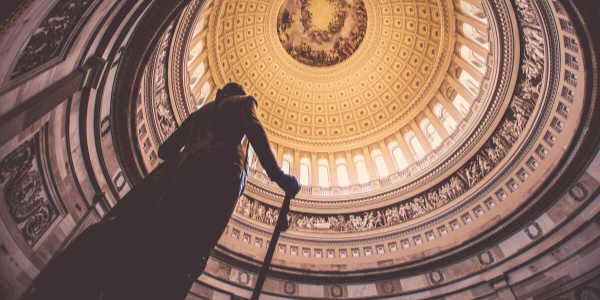 What is the purpose of the amendments?

Ultimately, as excellent as the Bill of Rights was, the founding fathers were wise enough to recognize that they couldn’t predict or understand the problems that future generations would experience. For the Constitution to truly be enduring, it needed to be adaptable with the times so that legislators could create new laws for the benefit of all United States citizens.

How and why do amendments become part of the constitution?

The process of adding an amendment to the constitution was kept as part of the main document for the explicit purpose of allowing future government representatives to modify it as necessary. They ensured the process was relatively simple but required significant cooperation from most of the state, local, & federal government to progress.

Even today, the system of amending the Constitution remains the same:

As it stands, there are currently 27 amendments, so this ended up being a very wise decision. Many extremely important changes, like the 13th amendment, which ended slavery, or the 19th amendment, which gave women the right to vote, would not have been possible without redoing the entire Constitution if it couldn't be modified.

In the end, the Constitution’s enduring nature is largely thanks to its amenability. We’re lucky that the Founding Fathers were wise enough to accept their limitations and provide tools so that we can continue to protect and improve the United States to ensure a fair and prosperous future.

Thank you for taking a moment to educate yourself on how your liberties and freedoms were birthed. Stay tuned every week for more patriotic content; we promise to always have you leave with a swell of American pride in your heart.