Veterans Month is, for most of us, an opportunity to connect with family and have a picnic or celebration.

But its true purpose is to remind us to recognize and remember the fallen veterans who gave their lives to protect our freedom and the prosperity we enjoy.

Join us as we honor 5 veterans who exemplify the ideals of the US military, and deserve special recognition this Veterans Month: 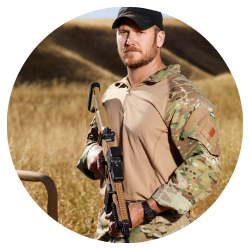 We should never forget the actions and heroics of Chris Kyle: perhaps the most successful sniper the US military has ever trained.

Over the course of his deployments in the Middle East, Kyle successfully stopped dozens of terrorist insurgents from harming his fellow service members, as well as Iraqi and Afghani citizens.

Though he was sadly killed after he returned home, he lives on in our thoughts and prayers. 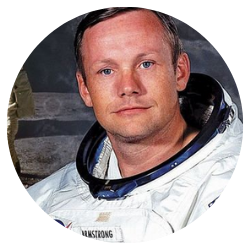 Did you know that the first man on the moon was actually a United States Navy veteran! He served in the U.S. Navy and eventually achieved the rank of Lieutenant Junior Grade O-2.

While he may be more well-known for his accomplishments in space and as a test pilot before the historic Apollo missions, he served his country from the start, and that service is something we should always admire and remember on occasions like Veterans Day.

This Republican senator and presidential candidate served in the Vietnam War and was captured as a POW for a number of years until he was released with the war’s conclusion. 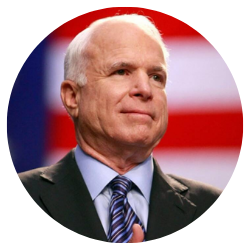 McCain was appropriately somber about his experiences during the war and donated to military charities multiple times throughout his professional political career.

He always maintained a reserve of silent strength that we could all seek to emulate in these trying times.

Ultimately, McCain follows in the long history of veteran Republican presidents and presidential candidates. His example is one we should all aspire to follow. 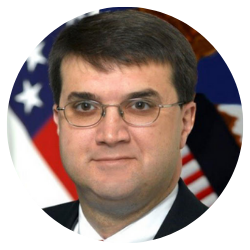 The Vietnam War took many of our youngest men from us before their time. Robert Wilke was one of those brave heroes: He was a medic, and one of the last American soldiers to fall in Vietnam.

Unlike many other soldiers on both sides, Wilke took it upon himself to rescue orphans who were in danger when the North Vietnamese Army was approaching Saigon.

Operation Baby Lift was able to rescue 2000 children thanks to the quick action of soldiers like Wilke and President Gerald Ford.

Though he managed to save many children, Wilke was eventually killed when his plane crashed outside of Saigon.

He was a hero and an inspiration to all of us.

He represents the humanitarian and best part of the United States military beyond our combat effectiveness. 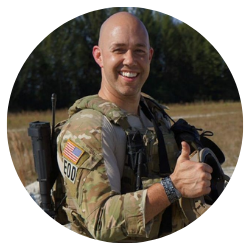 This brave Army veteran fell on October 1, 2010, just a few weeks after saving the lives of several of his fellow soldiers when he was deployed in Afghanistan.

He was, at the time, on his 12th deployment and left behind a wife and three children.

Yet despite his extensive service, Mast continued fulfilling his duties and making his nation and fellow service members proud.

Veterans Month, and Day, is always a solemn occasion.

We must make sure to remember fallen heroes even while we celebrate what they have accomplished and our freedoms they have worked to protect.